How important is print in today’s society?

How important is print in today’s society? 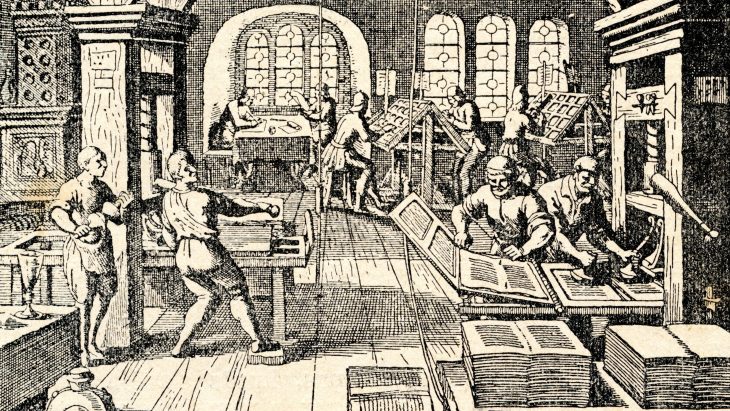 For years now people have been telling me that we will become a paperless society. In some instances they are correct – billing and invoices have indeed moved online in many instances. But, then I always say to them – go outside – go to a shopping centre or big sports event, for example. Look around you – what do you see?

For years now people have been telling me that we will become a paperless society. In some instances they are correct – billing and invoices have indeed moved online in many instances. But, then I always say to them – go outside – go to a shopping centre or big sports event, for example. Look around you – what do you see?

Signage. Posters. Advertising content. Some electronic, but much of it printed. Imagine an event such as the World Cup without print. How would spectators know where to go? How would they find the venues? Find out the train times or navigate the road network? How would they know the identities of the players on the pitch? It is easy to overlook the fact that print is all around us a lot of the time, an intrinsic part of the way we all live and do business, especially when you’re feeling under pressure and have bills to pay and deadlines to meet!

But, you don’t have to take my word for it. According to the latest Insight Report published at FESPA Africa last month, 92 percent of your customers think so too. Independent research carried out by RS Consulting, sponsored by Canon, asked many pertinent questions of the professional print buying customer base here in South Africa during April 2014. This latest in a series of reports published since DRUPA 2008, the research concentrates on the local South African market, interviewing buyers across a range of company sizes and markets in Johannesburg, Durban and Cape Town.

The research
Some of the headline figures make for interesting reading:
• 92 percent of those interviewed viewed print as CRITICAL to their business
• More than 90 percent consider it to be as, or more, effective than digital media
• Over the last two years 87 percent had seen an increase in their use of printed materials
• And 84 percent of them expected that pattern to continue over the next two years

‘We swear by it, we live by it, we dream about it, we fight about it, sometimes we curse about it – that is how critical print is.’ – Retail

What has changed?
If you’re involved in the printing industry, as I am at home in the UK, figures and comments like this make reassuring reading. We are all concerned with falling volumes and how to reverse the decline. I try to view it as a market change – undoubtedly print is changing, and therefore, we as print suppliers need to change too. I definitely see that volume, for example, is changing and moving – ten years ago or more we were printing huge volumes for customers like the credit card industry and cigarette manufacturers – changing laws and changing markets have put paid to much of this. But in many cases the volume is simply switching to other areas – I’ve seen a lot of growth in products such as personalised insurance and pension statements, huge growth in retail membership and loyalty schemes, and also an increase in marketing material produced in order to drive people online.

When asked which products they will print more of in the survey, buyers see themselves increasing their use of products such as signage and banners, packaging and labels, shelf edge and POS materials, flyers and leaflets. They also foresee no change in the amount of business and greetings cards, photos and graphics, technical drawings, reports, presentations and proposals, brochures, newsletters, catalogues and prospectuses they print. Where they do see a decline is fairly predictable – letters, policies, invoices and statements, manuals and guides. Almost always these have already moved, or will soon be switching to digital delivery methods such as e-mail.

However, it is always important to remember that digital marketing techniques are complementary to print, and not necessarily competitive. There are figures available which illustrate how print, used in combination with other channels, can increase response, as opposed to instances when a digital channel is used in isolation.

The research also asked the buyers about their use of alternative channels:
• 98 percent have seen an increase in their use of social networking
• 81 percent have used websites more to reach out to customers, and that figure is expected to rise again over the next two years
• 44 percent are using mobile marketing more – although this was almost exclusively seen as SMS and not the use of mobile websites

The local situation
However, it was recognised and commented on numerous occasions, that the unequal distribution of wealth and education, added to the limited penetration of the internet in many areas here in South Africa, means that print is essential for reaching a large percentage of the population. It was also felt that with the increase in literacy in the population, the importance of print will rise.

‘We cannot be oblivious to the number of illiterate masses out there. Print is going to play a major role in this regard – bearing in mind that a large percentage of the population still does not have access to electronic media.’ – Marketing and advertising

What it means
It was no real surprise then that 90 percent of the buyers interviewed expect print to either remain as important to their organisation or become more important over the next two years. Print is seen as critical for reaching the wider population – it is a physical document that can be carried from place to place and from person to person. While technological advances ensure that digital media cannot be ignored by media buyers, the diverse population and low penetration of sophisticated digital media means that professional print is, and will likely remain, a key means of communication for businesses in South Africa.

‘Two years is like next week. I don’t foresee things, or that status quo, changing from what it is today.’ – Business and finance

Article by Jo Lloyd in The Gapp Magazine available on http://www.thegapp.co.za/TheGapp-News-Article.aspx?iNewsID=381

About Jo Lloyd.
Jo Lloyd is a UK printer working here in South Africa. An integral part of Canon’s Essential Business Builder Program (EBBP) she spends a lot of her time travelling throughout Europe, the Middle East and Africa helping Canon’s customers get to grips with new technology. She is, however, less interested in the process of putting ink (or toner!) on paper – and more in the way in which the print company should promote this process to their customers. In these days of cross media alternatives and shrinking budgets, printers have to shout ever louder to be heard. Her background as a print company owner and Sales Director in the UK means she is ideally placed to understand the challenges faced by today’s printing companies – and to find ways of overcoming said challenges.